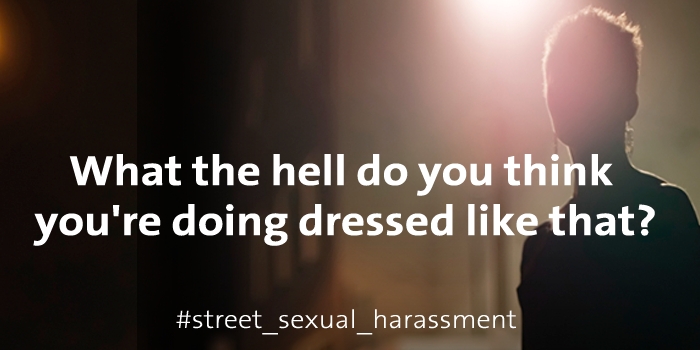 Out of nowhere, a taxi swerved and stopped right in front of me like it was a police car and I was some criminal on the run.
An elderly woman stepped out of the taxi.
“What the hell do you think you’re doing dressed like that?”
I was wearing loose-fitting blue jeans and a black t-shirt. My tightly-coiled hair hung about my face untied.

“What’s wrong?” I asked.
“And you speak Arabic too?!” she screamed incredulously.
I found myself screaming back at her.
“Who do you think you are?! Holding up traffic, yelling at me, and thinking I don’t understand Arabic. You bitch!”

People started to crowd around us and literally started pushing me to leave.
They tried to get her to calm down and begged her to get back into the taxi, so that she could make it home before iftar.

This year, the first time I went to work was on the third day of Ramadan.
I hailed a cab and asked him to take me to my destination.
When I got there, after being subject to many unnecessarily rude comments, the cab driver asked for much more than the standard fare, because he had agreed to turn on the cab meter and to not take any other customers on the way.
He started yelling at me in the middle of the street when I refused: “You whore! You bitch! Astaghfirullah”, he yelled, loudly reminding himself that he was fasting.
I took him to the police station at the end of the street.
He continued to yell at me there and even tried to hit me, but an officer intervened.

In the midst of all of these lovely events, this one guy came running out of nowhere, saying that what had happened was all my fault.
“I was there from the beginning, you bitch!”
He too asked God for forgiveness and reminded himself that he was fasting.
That same night, a person I didn’t know felt entitled to send me a message on Facebook that read, “Fuck you, you black, atheist nigger”, because someone had sent him a screenshot of a rant I had posted on a girls-only group on Facebook about the abuse I faced during Ramadan.
I am an unveiled Nubian woman.