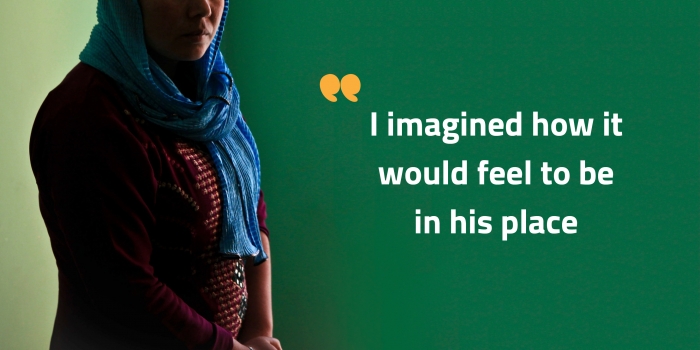 It was me and two or three other girls on the bus.
Two of them were veiled and one was wearing the niqab.
We were all standing in a corner.
We were surrounded by men.
There was a man sitting with his legs wide open and laughing loudly.
It was as if he was the owner of the bus and could act any way he liked.
I imagined how it would feel to be in his place.
I would’ve felt free.
I would’ve felt like I had the right to be on that bus.
I wouldn’t have been scared.