He Rubbed Himself against Us 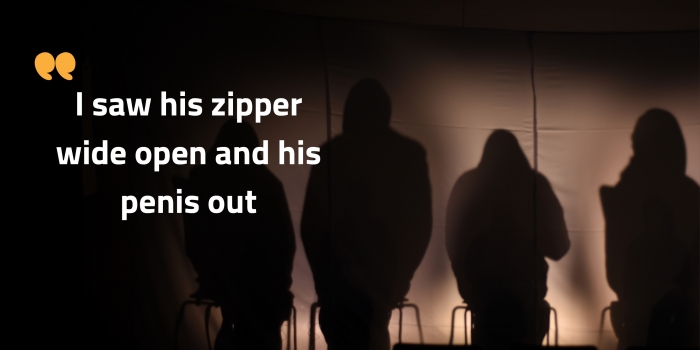 I was waiting for the metro.
I was at El-Isaaf station, and it was around 11 pm.

I always ride in the women-only car after 9 pm. It guarantees me a little peace of mind and protection from possible harassment.
A loud beeping sound signalled the metro’s impending arrival. At that moment, two men appeared and stood next to the group of women waiting to board the metro.
One of them stood on the fringes of the crowd, while the other managed to work his way into the middle. That one looked particularly creepy.

The doors opened, and the crowd of women and girls rushed to get inside the car.
That’s when I saw him, the man, with his zipper wide open and his penis out and exposed.
He was rubbing himself against the tightly-crammed bodies of the women and girls rushing to board the metro.

I was in complete and utter shock. I became really upset.
The girl sitting next to me told me that the same had happened to her before.
I continued to stare in disbelief.