Something Wrong With Her 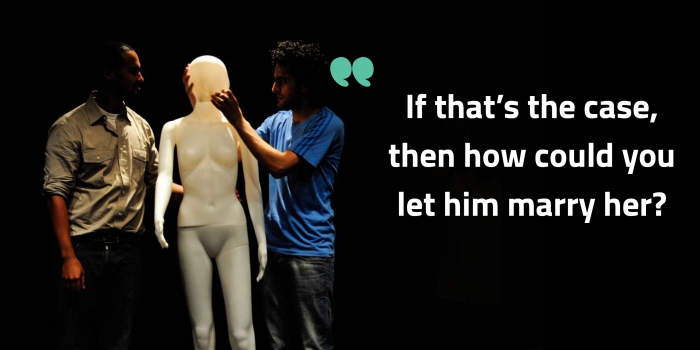 There was a big age difference between them.
But she loved him.
Her brother raised hell.

Her sister was positive she did something bad with him.
Otherwise she wouldn’t be insisting on marrying him.
She must be trying to cover up what she did.

Her older brother was the only one who helped her.

When I went to the wedding, her sister said something that stuck with me for a long time:
“He must have done something to her.”

If that’s the case, then how could you let him marry her?