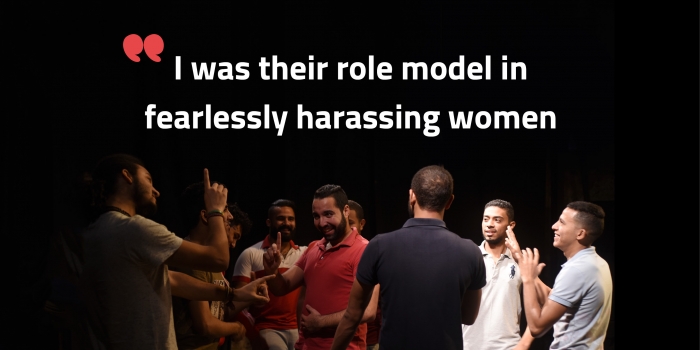 I just couldn’t wait to grow up to be a man.
Whenever I’d see women waiting in line in front of the kiosk,
I’d go press myself up against their bodies.
The most any of them would do was just walk away.

Perhaps many of them didn’t know why I was pressing myself up against them.
I think I heard some of them complaining of the place being too crowded.
By time, I was known as the bravest man at school.
The fearless one.

I became popular and made new friends,
Because I was their role model in fearlessly harassing women.
Later on, I mustered enough courage to actually engage with the women.
I started making inappropriate comments right to their faces.