They Said It Was a Game 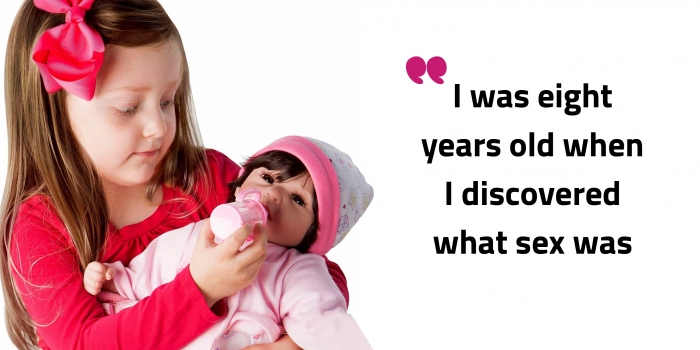 They told me it was a game.
A game that everyone played.
They wanted to see who was the best one at it.
I was very naive.
Day after day, we’d go into the room and they’d choose one of us to “play” with.
Day after day, we explored each other through this game.
Day after day, I’d enter the apartment with excitement to start playing the game.

My mother wanted me to be good at English, so she got me a tutor who knew our family.
His name was Mr. Hamed.
I didn’t know anything.
I remembered the game I used to play with my neighbors.
Does he know that game?
I kept wondering.
I was excited for every week’s lesson.

A couple of years later, when we got internet at home, I found porn websites.
That’s when I found out that it wasn’t a game.
I was eight years old when I discovered what sex was.
I found out that I was a victim of innocence.
There wasn’t a drop of compassion in their hearts.
Everyone thinks only of themselves and their desires.
Those who want my body.
Those who want my mind.
Those who want my soul.
They say I’m weird, but it’s them who’s weird.
Their intentions are clear.
They are the devil.
I became one of them when I agreed to play with them.