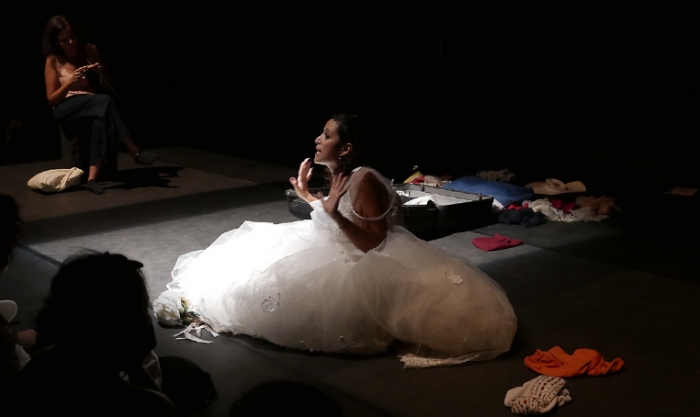 BuSSy participated in the fourth edition of the international feminist arts festival Chouftouhonna in Tunis with her performance Look at Her. The performance focused on women's relationships with their bodies and how society's perception of the female body interferes in this relationship.

The performance focuses on the narratives of two young Egyptian women from childhood, puberty and adulthood, about their relationship with their bodies and how society's perception of the female body affects this relationship. The stories shed light on life of women in Egypt--exposing the realities of day to day experiences in Cairo; street harassment, enforced dress code, gender discrimination at home and at work, abuse in relationships, shaming of female body parts … etc.

BuSSy’s trip to Tunisia was supported by Prince Claus Fund.