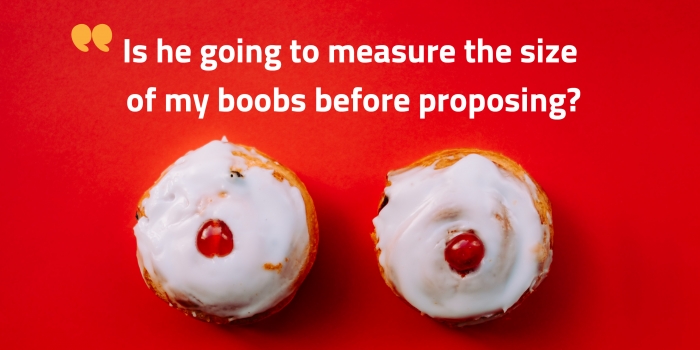 So living here in the prime of life,
I finally saw this society for what it is.
Its double standards.
I’m sure a lot of you have been on the receiving end of it,
but for those who have NO clue what I’m talking about, Let me explain:
Here I am sitting with the lovely family one day,
and for years I was able to avoid being targeted for any wrongdoings, since I had an older brother.
But that day, I wasn’t so fortunate. My father finally gave up on trying to fix my brother’s “loose, immoral” behaviors and has now moved on to me. After all, boys will be boys.
(Before your minds wander, loose behavior is staying out till 2:00 in the morning, which, at the time I didn’t do because I had a midnight curfew).
Let’s set the stage: my father suddenly decides to open up a discussion, (which by the way, was a “one way” discussion. If he talks or yells) we can’t argue about coming home late and how it would be perceived by others. “Mesh ha yenfa3 keda… wil nas hay2olo eh 3alena… wa law 7ad gey yetlob 2idha, wa sa2al el bawab…..blah blah blah”
After that I tuned out. That one word triggered a sudden frustration, confusion and disbelief. The bawab… the bawab!!! For heaven’s sake… You’re worried about the bloody bawab. FYI: I don’t have anything against bawabs, but, the fact that he was someone whose opinion mattered… sheesh.
So, here my brother, bless him, comes to save the day, “I don’t see what’s wrong with her coming home whenever she wants, (he believes in equality for women) whether it be 10:00, 12:00 or 3:00 in the morning, she’s not doing anything wrong. And why the hell would you want your daughter marrying someone who would ask the bawab, of all people, about her. If he wants to know something, he should ask the family, not some guy who watches the door.
And of course what frustrated me was the fact that, my father, the man I looked up to my whole life and idolized, was suddenly worried about what some crummy bawab would think of me? I mean doesn’t he trust me? Doesn’t he know me? Doesn’t he know that I was raised properly by him and my mother…How on earth could he think so low of me?
Back to the story; so my brother, after standing up for me, and me being on cloud nine because of it, receives this as a response:
“Law mesh 3agbak 2imshy”
AAAAAAK!!!!!!!!
What the hell?? And this my friends, is double standard…. My brother, the male, gets to stay out however late he wants, and I get stuck with a bloody curfew because I’m the girl… the woman… the insignificant other…. Blugh…..
So, I’ve grown strong, when he’s out of town I stay out late at a friend’s, at a café or even at a club. I’m not doing anything wrong, I’m just having fun, and no, I don’t indulge in the so-called “forbidden.” But when he comes back, the curfew is back. Oh how I hate double standards.