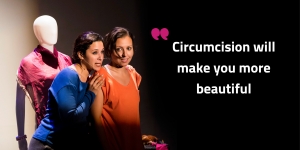 These are the eight scenes I remember from the crime that has left me scarred, psychologically and physically, since the age of ten.
The “cosmetic procedure” my mother made me undergo has made me hate this part of my body.
fgm, gender violence, social pressure

I had a friend in the sixth grade,
And one day she called me,
Voice brimming with pride,
And told me that she had been circumcised.
She explained what it was.
She said her parents had taken her to a doctor for the operation.
They said that circumcision was a nice thing,
And it made girls look prettier.
The girl was bragging and stuff.
Then all of the sudden,
She asked me if I’d been circumcised.
“No.”
“Why haven’t your parents done it for you?”
“I don’t know.”

I was in middle school then.
My little sister, who was three years younger than me, was also in middle school.
I was in 9th grade and she was in 7th grade.
My mother is ignorant and uneducated.
She harms others and herself.
She was never loved by her parents or siblings.
Girls to her were mere servants to their brothers, their mothers and their fathers.

I kissed two women for the first time in my life today at a party.
Don’t get me wrong, it wasn’t a kiss on the mouth.
It was a peck on the cheek.
Just a normal kiss; the way you’d kiss a guy friend.
You’ll think it’s weird,
But when you know my story,
You’ll applaud me.

In my time, we didn’t go in for examinations.
We were circumcised right away.
I was in second grade.
My mother told me what was going to happen,
She told me that it would feel like a pinprick. 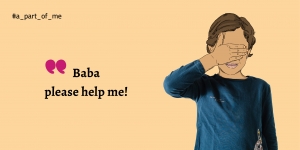 I was in the third grade,
And my sister was three years older than I am.
“We’re going to the doctor’s to make sure you’re okay,” they told us.
“Why?
Are we sick?”
No one answered. 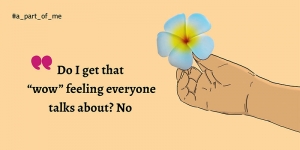 I’m 25 years old.
I was circumcised when I was 11.
I was in the fifth grade then.
I knew what they were going to do,
But I didn’t know anything about sex at the time,
Or how FGM would affect my ability to have sex.

I’ll Never Get over It

I don’t remember my circumcision clearly.
Ever since it happened,
I’ve been avoiding thinking about anything related to my body.
I always feel like there’s something missing.
That I’m not really a girl.
My family’s strange beliefs are the reason for this.

That is why I hate my body,
Every inch of it. 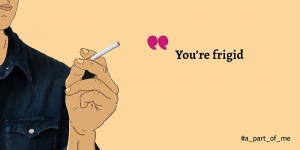 I was in primary school when I was circumcised.
I already knew about it,
Because my cousins had it done to them before me.
I thought it was a good thing,
And that it would mean that I was now a woman.
I knew where they were taking me.
I knew what was going to happen.
But I didn’t know how it was going to be done.

I was in sixth grade.
I got home one day,
And mama told me
“Go take a shower.
We’re going out.”
I thought we were visiting a relative.
I asked her where to,
“We’re going to the doctor.”
She explained circumcision to me,
“It’s a simple process.
It’s like a tiny pin prick.”